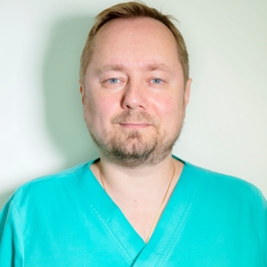 2002 – completed internship on the base of academic department N 2 of Vinnitsa State Medicine University named after Pirogov.

2006 – 2008 – clinical residency training on Obstetrics & Gynaecology on the base of the academic department of NMAPE named after Shulik.

2008 – 2012 – obstetrician-gynaecologist in Central Hospital of Military Medical Administration of Security Services of Ukraine.

From 2012 - obstetrician-gynaecologist of «Oxford Medical» clinic