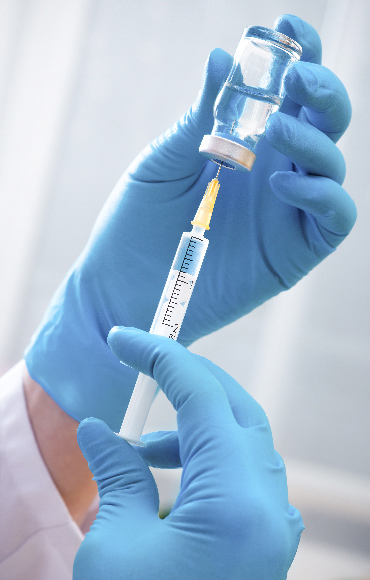 The influenza vaccination is the most effective and reliable method of protection against the infection, annually affecting millions of people around the globe.

In Oxford Medical clinic, the vaccination is done by using the Vaxigrip vaccine (Vaxigrip, France), which protects against the most widespread flu strains in 2019/2020 season. The strain composition of antigens of the vaccine was prepared according to the requirements of the World Health Organization for 2019/2020 season.

The vaccine is recommended starting from the age of 6 months.

WHY DO WE NEED VACCINATION AGAINST INFLUENZA?

An influenza is one of the most widespread viral infections of respiratory tracts. The spreading of influenza always has a global (the disease affects a significant percent of the population) and very quick nature. The seasonal influenza annually infects more than a billion of people around the globe, out of which about 3 million die from infection or its complications.

The influenza poses maximum danger for small children (under 2) and aged people (above 65). The influenza infection causes the rise of body temperature (often up to 39-40 degrees), headache, pain in the joints, chill, cough and runny nose. In most cases, the influenza is severer that any other acute respiratory viral infection. Not only the influenza itself is dangerous, but also the complications, caused by it: pneumonia, rhinitis, sinusitis, otitis, tracheitis, meningitis etc.

The influenza vaccination of children and aged people is the main measure of protection of the most susceptible people against the infection. For the adult people, who come through the influenza much easier and mainly without complications, it is also important to have vaccination. Because from the first hours of the disease, each person, ill with influenza, is the carrier of infection and infects the surrounding people.

The virus has a very high mutation rate, constantly changing, that is why the seasonal epidemics of influenza is usually caused by different, constantly emerging new strains of influenza. Because of it, the World Health Organization annually changes the composition of vaccines so that they are maximally effective against the most probable causative agents of influenza epidemics.

The vaccine causes the formation of antibodies, which protect from appearance of clinical signs of the disease.

Besides the vaccination, as the main and most effective method of prevention of the disease, there is a set of additional measures of prevention of influenza and other respiratory infection:

You can make appointment for vaccination against the influenza in Oxford Medical Kyiv clinic by calling (044) 204 40 40.